Why You Need to Avoid Mould Issues on Your Roof

If you live in a part of Australia that is generally humid, such as the tropical north, you may need to pay particular attention to the maintenance of your home. Certainly, you need to look at the roof from time to time, especially those parts that may be in the permanent shade during the day and never tend to dry off in the rainy season. Why should you also pay extra attention to the threat of mould in these areas and take action to counter it?

As you may know, mould tend to thrive in shaded, moist conditions. The spores are airborne, which means that they are ever-present and can quickly take hold when they land on your shaded roof.

If you have shingles on your roof, you should bring in an inspector to look at their condition from time to time. Occasionally, the area around the edge of each shingle can deteriorate, and when this happens, moisture may penetrate and start to rot the layer beneath. This is an ideal scenario for mould, which will then proliferate. The presence of the mould can accelerate wood rot and may even begin to eat away at the asphalt in the shingles themselves.

Mould can be particularly difficult to control or eradicate once it has become prevalent. In addition, it can attract rodents and other pests that may be attracted to damp and softer environments. These rodents can chew on the roof and materials and might even take some of this residue away to build a nest. Most of this may take place during the cover of darkness, so you may not be aware of an issue until it is well established.

Tracking into Your Property

When you have an unchecked mould issue on your roof, the rest of your home is also at risk. After all, these mould spores can easily wash off your roof during a torrential storm and lay on the ground outside your front door. When the family gets home, they may track these mould spores into your house, where they can find other damp corners and start to grow again. Mould can cause health issues, particularly for those who are vulnerable, which is certainly something you want to avoid.

Remember, if mould, rodents, humidity and rain are doing a number on your roof, you can expect to see issues upstairs. You may start to notice water infiltration when the wallpaper in the bedroom begins to curl. When it reaches that stage, you certainly have a major issue ahead, so you should pay close attention at all times.

Bring in a roof repair contractor at the first sign of a mould issue. They'll help to get rid of what is already there, repair any damage and help you avoid a recurrence in the future. 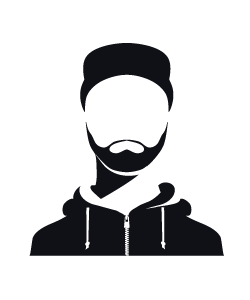 You don't realise how important your roof is until it fails. Last winter, I noticed that water was leaking through my roof and dripping into my home. I was in a bit of a panic while I searched for a bucket so I could stop the water from flooding my home. I called an emergency roofing service and they were great. The company sent a contractor out straight away and he soon climbed my roof and inspected the damage. After a short while, he climbed back down and explained that the roof needed to be rennovated. Since the work was completed, I haven't had any problems with my roof.

Why You Need to Avoid Mould Issues on Your Roof
27 May 2022
If you live in a part of Australia that is generally humid, such as the tropical north, you may need to pay particular attention to the maintenance of …

Choosing the Right Roof for Your Granny Flat
13 January 2022
Adding a granny flat to your property comes with lots of perks. The new living space you acquire is ideal for when guests come to stay, or you can ren …

What You Should Know About Having Your Roof Painted
28 September 2021
If you are a homeowner, you should definitely learn more about roof painting. A lot of homeowners don't know much about the different techniques that …